I found these cute critters hanging around just outside the library. 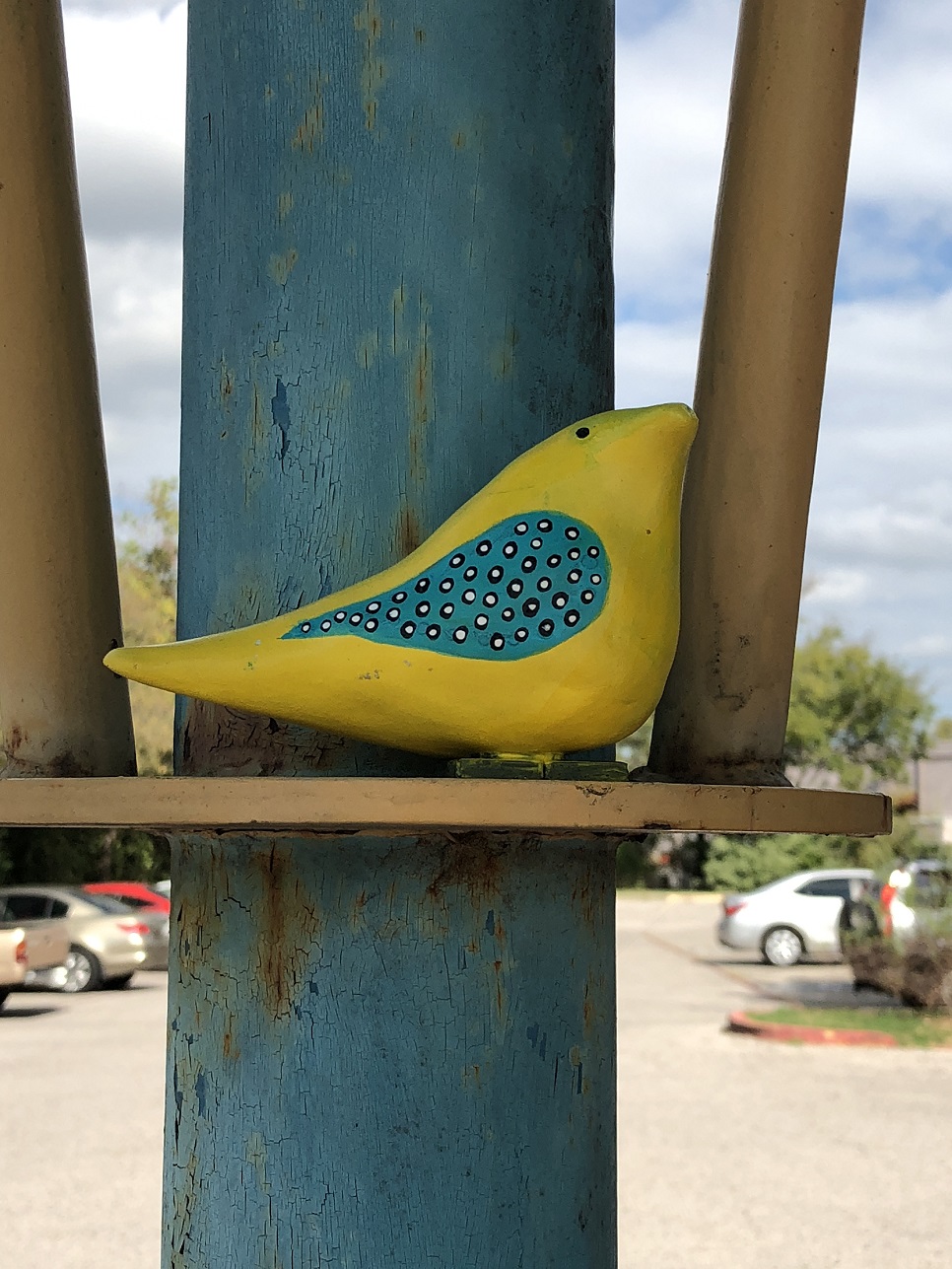 I saw these while on an urban hike through the Mueller neighborhood in Austin, Texas. What a great idea! 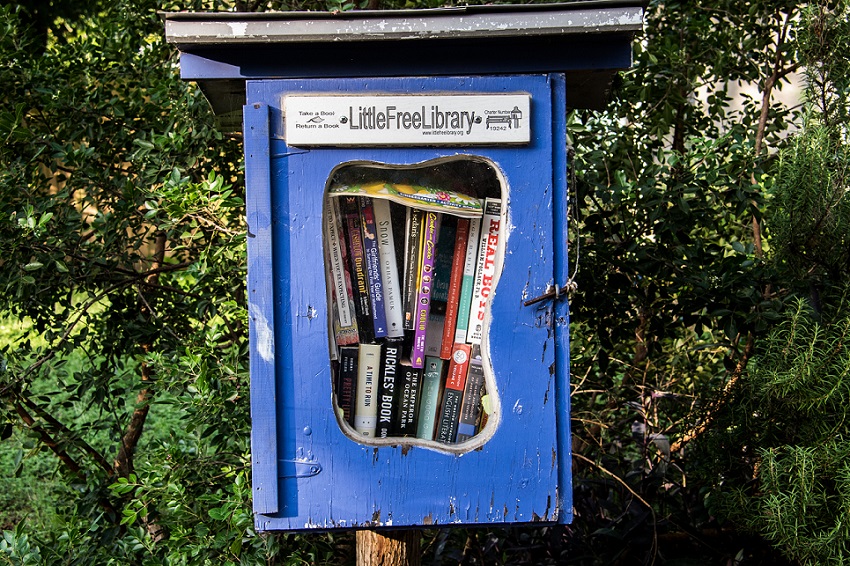 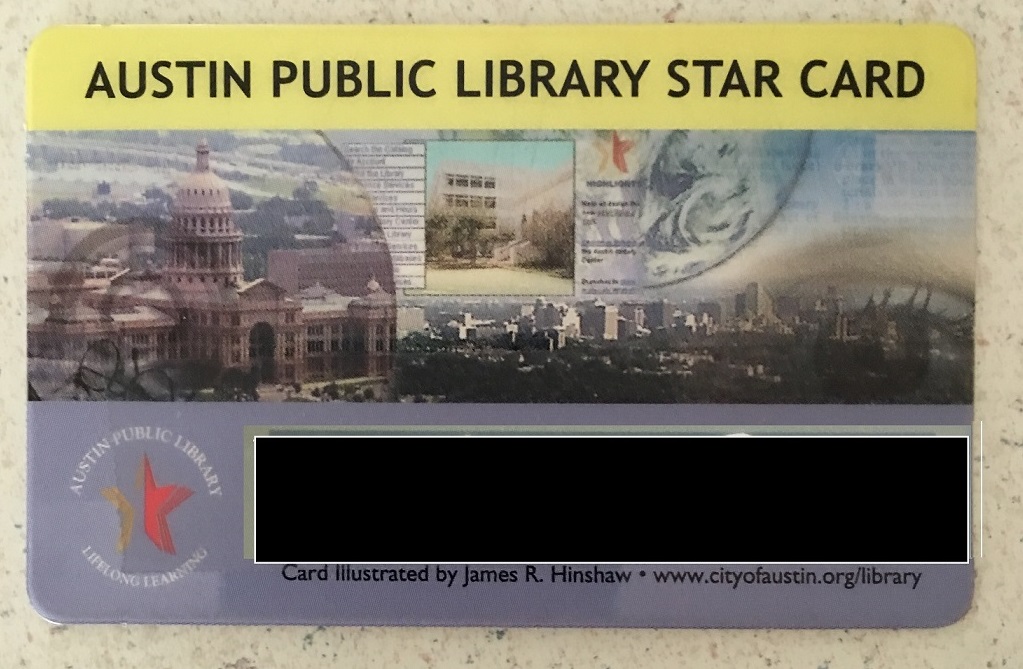 Oh, the places you’ll go with a library card.

Wouldn’t that be a kick, Tina mused, if this is the start of a new career? She stood in front of the bulletin board at the library, reading the notice for summer acting classes.

Learning to act might take some doing, but she thought she could. Maybe even discover she’s a natural at it. She imagined herself in a bit (but speaking) part in a play produced by the local theater group. She’d work her way up to a starring role in other plays, where on the night of the last performance, someone would approach her, asking her to be in a commercial for a local used sports car business.

She’d accept, of course. The car in the commercial would be a Ferrari 308 GTS, one like in Magnum, P.I. TV show from the 80s.

I’ll look good in that red, Tina decided. My gun-metal grey hair will be just the perfect contrast for it. I can see myself now: car peeling out onto the road, wind blowing in my hair. I’ll be driving, of course, but that’s not enough. I can’t just walk up to it, open the door, and get in. No way. There has to be action! I wonder where I can practice jumping into a car like that. I want to do my own stunt work.

Hardly realizing it, Tina raised her eyebrows twice and smiled, just like Magnum did at the end of the show’s opening credits. She started posing in front of the bulletin board, right there in the library lobby. She squinted in intensity, opened her eyes in surprise, sneered in disgust, softened her look in sympathy of someone’s sad situation.

She made a mental note to check on how to join the Actor’s Guild. She heard the director Robert Rodriguez had a movie studio in Austin. Maybe she could be an extra in one of his movies and Be. On. Her. Way!

For her last pose, she decided on a sultry come-hither gaze. She turned her head over her right shoulder, making goo-goo eyes at an imaginary handsome co-star. The young boy standing a few feet away stared at her.

“What are you doing?” he asked.

For a few seconds, she wondered the exact same thing. “Practicing my craft, kid. Get used to it. The next time you see me it will be on the big screen.”

Hey, it could happen, she told herself.

She tore off one of the phone number slips for the acting class, putting it in her purse. Why not?